Get up close and experience hands on real Aboriginal culture dating back more than 50,000 years.

Home to five Aboriginal tribal groups Cunnamulla, and most other local landmarks were named by the Aboriginal people.  Cunnamulla in the Aboriginal language means “long stretch of water” and refers to the Warrego river also an Aboriginal word meaning river of sand.

The Aboriginal culture and heritage in the Cunnamulla and the Queensland Outback area dates back between 20,000 – 50,000 years.  It’s proven that Indigenous Australia which is a term referring to Aborigines, Aborigine, Aboriginals and Aboriginal people were in Australia and lived on the country around Cunnamulla including all of the Queensland Outback.  This was tens of thousands of years before Captain James Cook the British explorer claimed to have discovered Australia.

There are many Cunnamulla Aboriginal cultural and heritage sites spread the width and breadth of the Paroo Shire including the towns of Eulo, Yowah and Wyandrah.  The Cunnamulla Heritage Museum has an impressive collection of Aboriginal artifacts and Aboriginal tools, weapons and items of cultural heritage and historical significance.

The Cunnamulla Aboriginal culture includes five different tribes that are made up of Kunja people, who are the traditional owners of the Cunnamulla area Kooma, Budjiti, Mardigan, and Kullilli people.

Kunja Aboriginal elders will perform the welcome to country ceremony at the start of Cully Fest on Thursday 31 March 2016 on the Warrego.

This location was chosen due to its significance to the Aboriginal culture within Cunnamulla as well as being a place where all members of the community treasure and enjoy as part of outback culture and every day life.

The Kooma people are those Aboriginal people who are descended from one or more of the following people, Maggie of Bendena, Kitty of Bollon, Sarah of Fernlee, Mary Button of Murra Murra, Susan Mitchell, Annie Murray, Julia Powell, Lucy Sheridan. 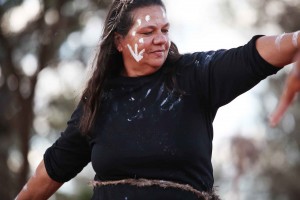 During the long and extremely challenging leadership period of Cheryl Buchanan the Kooma Aboriginal tribe made some phenomenal achievements that Cheryl and her executive team can be extremely proud of.

With way too many to detail it’s fair to say that Cheryl Buchanan has worked tirelessly for most of her life to improve conditions and opportunities for all Aboriginal people.

Cheryl is passionate about her Aboriginal culture and heritage and is proud of what her grandmother achieved and how hard she worked in the early days for the Aboriginal people and her family.

Cheryl has certainly forged great inroads and earns the respect of many indigenous and non-indigenous people throughout her journey so far which has included promoting and encouraging Cunnamulla Aboriginal culture.

She is highly respected throughout corporate Australia and has successfully attracted support and interest from many international companies including Sir Richard Branson’s Virgin Airlines.

Cheryl and her family are leaders in Australian Aboriginal art and culture and have enrich Cunnamulla Aboriginal culture at events across Australia and around the globe. Aboriginal dance group the ‘Guwamu Dancers”.

The Guwamu Dancers are sensational artists, the are Aboriginal dancers, they speak their traditional language and they will have the audience mesmerised with their skill and spiritual connection to the land and their ancestors. 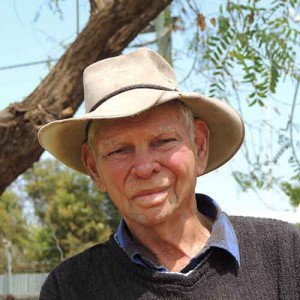 Another Cunnamulla Aboriginal person that has forged a successful career is Herb Wharton the internationally recognised poet, author and novelist.

His maternal grandmother was Kooma Aboriginal tribe and Herb was born in 1936 at a place in Cunnamulla called Yumba which was an Aboriginal camp located on the southern side of the Cunnamulla cemetery.

Herb has led an active and exciting life from droving camps all over Australia to travelling internationally as a highly sought after speaker, novelist and poet.

A regular feature at ever top festival in Australia but Cunnamulla is his home and we are ecstatic to have acclaimed Aboriginal Herb Wharton as a local.

Herb loves to conduct a series of Aboriginal Storytelling sessions, as well as a special not to be missed session he requested at Yumba the place of his birth and childhood years.

The Budjiti Aboriginal people are the biological descendants of one or more of the following people, Jessie Brooks, Lizzie Brooks or Gypsy Brooks. For further information and Budjiti Native Title determination http://www.judgments.fedcourt.gov.au/judgments/Judgments/fca/single/2015/2015fca0601

Located just over 800kms west of Brisbane, Cunnamulla is a name synonymous with the Outback.